Just 10mins down the road from  Granary cottage, lies the picturesque village of Thornton Le Dale.

Christmas lights are going up!!!

Now kind of famous on TV in Bangers and Cash programme.

Cosy up in front of an open fire , in one of our luxury  cottages for the weekend.

Well, we’ve just returned from our third visit to the Granary cottage, perfection.

Got there on Thursday in the pouring rain so we got the open fire burning, opened the complimentary wine and put our feet up!!!

What more could you ask for? 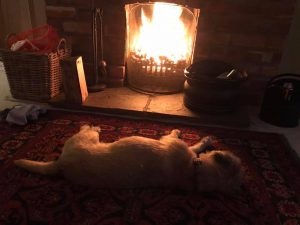 If you’re thinking of booking here, just do it.

We only go 5 star and this is certainly 5 star!!! Jill, Pete and Leonard. 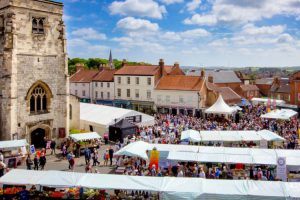 The market town of  Malton sits in the Howardian Hills of Yorkshire, right between the North York Moors and Yorkshire Wolds and has become a bit of a mecca for foodies in recent years.

On the second Saturday of every month, Malton plays host to a specialist food market where you’ll find growers and makers, freshly cooked street food and live music. Malton was also named the UK’s most dog-friendly town in 2018 so you’ll find lots of cafes and shops where four-legged friends will be welcome.

Malton market day: Each Saturday throughout the year.

Our top pick: Malton is the closest town to beautiful historic house Castle Howard and it’s worth taking a drive through the Howardian Hills to discover the grounds, gardens and grand rooms that have been featured in TV shows ranging from Brideshead Revisited to Victoria.

Pickering is located between Helmsley, Malton, Whitby and Scarborough and with Dalby Forest just a short drive away, it’s the ideal base for a Yorkshire holiday.

There are around 100 independent shops in Pickering including boutiques, chocolatiers and book shops so it’s a great shopping destination too. Make sure to seek out The Hidden Market, an indoor flea market that’s filled to the brim with antiques, gifts, nearly new items and a range of quirky curios.

On the edge of Pickering, you’ll find Dalby Forest which is the perfect spot for either an outdoor adventure or a peaceful picnic under a canopy of trees.  There’s an abundance of walking and cycle trails, playgrounds for children and a specially created dry stone wall maze. It’s also a Dark Sky Discovery Site if you fancy spending a night together under the stars.

Pickering market day: Each Monday throughout the year.

Our top pick: Catch a traditional NYMR. steam train from Pickering and travel through the North York Moors in style all the way to Whitby on the coast. You’ll pass through pretty villages along the way with calling points including Goathland station which features as Hogsmeade in Harry Potter. www.nymr.co.uk

Helmsley is the only market town in the North York Moors National Park and with its cobbled streets, boutique shops and wide choice of cafes, bars and restaurants, it is deservedly a popular destination for anyone visiting North Yorkshire.

Amongst the country pubs, independent shops and tearooms that are dotted around the market square you’ll also find a micro-brewery and a top-class spa. Helmsley Castle is a must-visit North York Moors attraction where you can see how the medieval fortress has evolved over 900 years then take a scenic woodland walk to nearby Rievaulx Abbey which is one of the finest Cistercian monasteries in the country.

There’s a vast choice of foodie options in Helmsley too, ranging from a traditional afternoon tea at the historic Black Swan to a gourmet feast at the Michelin-starred restaurant The Star at Harome.

Helmsley market day: Each Friday throughout the year.

Our top pick: The Helmsley Walled Garden is a dog-friendly Yorkshire garden that comprises 5 acres of flowers and plants and will feature in the upcoming remake of The Secret Garden. The on-site Vine House cafe welcomes pooches with a bowl of water and people with everything from a warming cup of tea to a refreshing gin cocktail.

Please help us to get this message out for all to benefit and enjoy!
Compliments of the season to you all from Sunny Scarborough …. Britain’s First Resort!