The converted Granary and Stables.

Converting this farm building was a challenge for one couple. Heather Dixon reports. 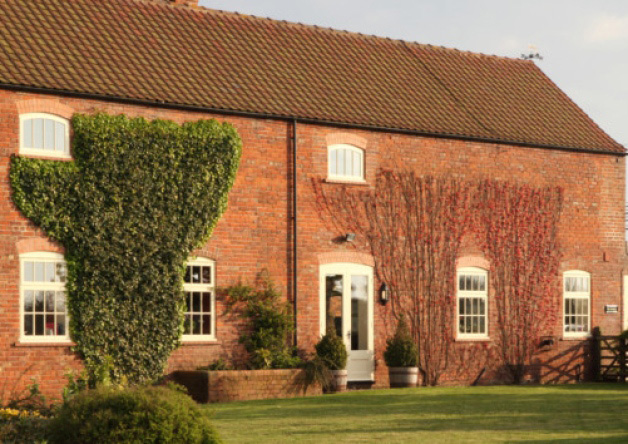 Ignorance was definitely bliss when Jane and Kevin Wheldon bought a series of farm outbuildings to turn into a family home. The couple were not fased by the fact that the former granary and stable block was no more than a cold, empty shell with no running water, concrete gullies in the floor and animal stalls still in place.

We had renovated property before and also self-built so although it was a huge challenge we were really excited about the whole thing, says Jane.

What we probably hadn’t accounted for was the enormity of the project. The size and proportions of the building were ten times bigger than we had realised and we had to completely change our thinking to work with the scale of the property.

There was already planning permission to convert the building at Snainton, near Scarborough, into a house but Jane and Kevin applied for alterations, which were passed only days before the sale was due to be completed. Then, with their teenage children John and Anna, they moved into a nearby rented farmhouse where they stayed for a year while the building work was completed to the point where they could move in.

We loved the rustic element of the property and didn,t want it to be a modern house with neat and tidy lines and contemporary furniture, says Jane who oversaw the project. We were keen to feature the old beams and to reuse the 8ft high stable doors which we stripped and sanded. We also reused the stable partitions and made full use of the height of the building by keeping the ceilings as open as possible. 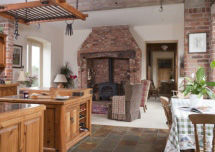 The property came with five acres of land so Jane and Kevin decided from the outset to create a garden that could become established while the stables was being converted. We hadn’t appreciated how much we had taken on, says Jane, a milliner who runs a branch of Get Ahead Hats.

We took everything back to a shell and rebuilt it. It had to be functional, not a palace. This included taking off the old roof and rebuilding it with the original tiles, raising the floor level inside and feeding water and electricity supplies up the long drive. They stripped and sanded the original stable doors so they could re-use them to create room partitions, and sanded the oak beams.

They also turned two garage doors at the end of the stable block into windows for the kitchen area. Then, three quarters of the way through the conversion, they started to run out of funds and broke off to turn an old granary in the grounds into two holiday cottages so they could generate an income for the final stretch.

Once we started letting the cottages we were able to turn our attention back to the main house and complete the work inside, says Jane. At this point the wooden floor boards of the original top floor were sanded and treated for woodworm before partition walls were built for the bedrooms. All the fixtures and fittings, lighting and carpets, were completed before Jane and Kevin moved in. We did a lot of preparation and labouring work ourselves but as the project manager you have to have a strong character to make sure you achieve what you want, says Jane.

It was turmoil for a year until we could move in and start creating a proper home for ourselves. Everything seemed huge at first. The proportions of the rooms, the heights of the ceilings and the sheer scale of the building were quite over-whelming, but we lived in it for a while before making any major decorating decisions. You have to get to know a place and understand how the light works to get the best out of it. Jane and Kevin had the kitchen made by a local craftsman, while their son John, a blacksmith, created accessories for the house. During the renovation their daughter Anna helped with the landscaping and looking after their flock of Ryeland sheep. Once the work was completed John’s girlfriend Vanessa did all the painting and decorating. We were very keen to keep the light, space and views as well as the lovely character of the building, says Jane.

We reused as much as we could and bought reclaimed materials when we wanted to create extra features. The oak beam over the kitchen fireplace was carried home in the back of the Volvo and the fireplace built around it. Most of the furniture is a mix of antiques, family pieces they have had for years and new items bought specifically for their new home. I don’t like everything to match, says Jane. We like furniture to have a bit of meaning and history, and the building lent itself to a relaxed, country look.

We both work from home so it’s a practical house, but the main influence behind its design is the view. We can see for miles across the countryside and we wanted to bring the light, open aspects into our home.